Notes on repair of Bendix Model 22BD AM Radio


I had the opportunity to repair this radio, original optional equipment in a '62 Falcon.

Repair 1: Loss of bass response was caused by a faulty capacitor, C10, which is 0.1uf 100v.  The schematic shows it as being an electrolytic, but it isn't, and I replaced it with a modern equivalent.  I also replaced C9, same value, in a different circuit, because it's likely to be nearly as worn, having operated in the same conditions, and they're cheap parts.

Repair 2: The squealing/static was caused by bad connections at the amplifier transistor wires, and one wire from that transistor's emitter to the PCB.  These are not originally soldered at all, merely crimped, and 40 years of exposure to varied humidity take their toll. 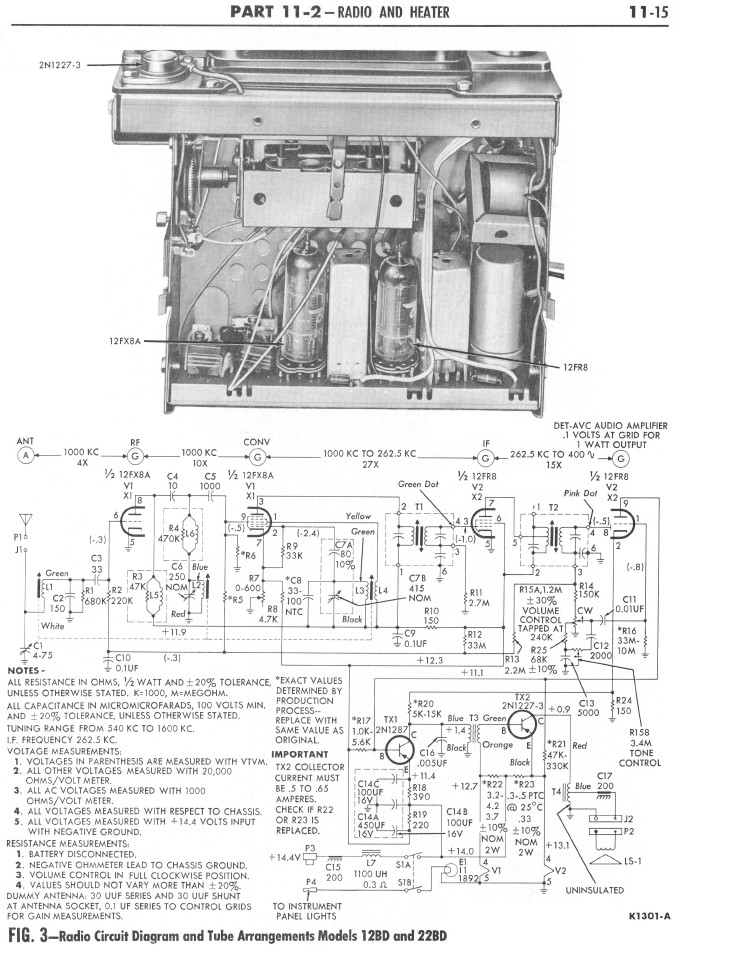 For more information, see the Radio section of the Falcon Shop Manual

Back to the Falcon/Comet FAQ